It's Not Just About Happiness 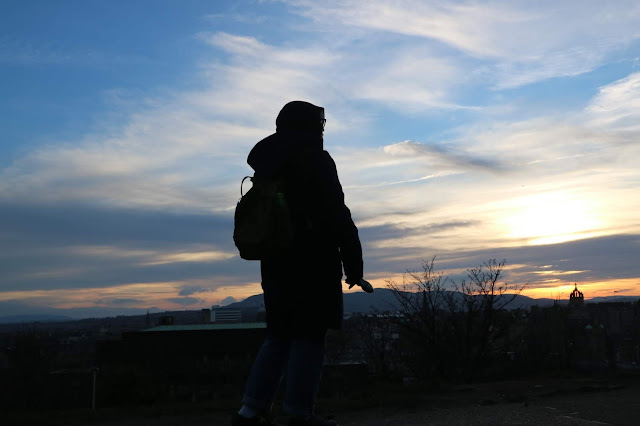 It's been almost six months since I started working and it's time to officially become an office worker. Why do I say so? Because, I technically have passed the probation period, internship period, as well as pre-job assignment period. For some people, the process might take quite long time. However, from the perspective of my seniors, this process is actually shorter. Therefore, it depends on which perspective you use to see my circumstances. If you ask me how did I feel? At some point I do feel good, but somehow I felt like I'm trapped for certain years.

I would say that I am assigned in a good team. Because the team I belong to fulfils my expectation, they cut short the wishy-washy, focused on their job, make the most efficient and effective time, on the top of it all: they are all young and smart. Surely, I will be able to take advantage of it. To learn quicker and deeper. On the other hand, this team requires me to work harder then I do feel small, sometimes I ask my self: do I really belong to this team with my current capacity?

To be honest, I don't know anything before this. And I thought I'm going to need so much time, as much as possible, to gradually understand what I'm gonna do. In addition, I'm a slow burner. It will take me quite a while to fully adapt the environment, yes I'm saying about socialising. I can't get easily close to a person from new environment. However, things get ridiculous when the higher ups want me to socialise well and get home late, for the sake of I don't know.

I am delightfully grateful for the position I belong currently, I am not complaining. However, sometimes it's just hard to accept other people's negative judgment. The complaints, the jealousy, came from my acquaintances who were placed in suburbs and remote area. I have tried so much to understand their condition but it's just getting worse and toxic. Like, do I even hold the power to help them from a hopeless place? The least I could do is discussing their problem to my seniors. It wasn't much help but at least, I might think of a way to fix the issues. I just hate that these acquaintances feel as if they are the most anguished person in the world. No, you don't!

We are all share the same pain, I guess. It's just on different form. Aside from the glamorous metropolitan lifestyle and the opportunity it gave, somehow we both are tricked. I have said this too many times in this blog, we cannot put our expectation into a mere human. And it's better not to expect anything. I had expectation, in some way yes it was aligned. On the other hand, I keep thinking "Did I make a good decision? Then what's next?" And just like the days I passed before, nobody cares. Despite the appearance that I seemed to own invincible support system, I actually have no one but myself. I did look tough tho.

Do I need to beg for an attention? Nope. Because I can't rely on human except my self. The pain, the struggle, the solitude, those all I chose at the first place. I would never disclose my miserable form to other people, because they can't help. The only one who can help just my will and strong determination.

We are struggling on our own way, that's the fact. Therefore, we don't have the rights to feel more righteous or better than anybody. We never know what's going to happen later. I don't know what's mine either. Can't we just being sympathetic? Or can't we just ignore anything beyond our capabilities? And the most important thing: not comparing our self to others.

I realise I do need rest, I need an escape and if I could I would love to turn back time when I was happy in London. Surely, up to this time I missed London and still going to. Since I am home, I absorbed too much negativity that drives me insane. I might still find tiny lights, appreciation, I could find the positive vibes amongst these bad influence. However, I sometimes ask my self: am I happy? am I satisfied? Does this I really look for? I miss the old times in London. One bad day in London is still a great day though.

You will totally understand to where I drove this post to, again it's London. I never be happier than I was and I'm struggling to find my happiness again.